aquí is a social innovation collective based in Barcelona

aquí is working with citizens and local organizations to create a more equitable, sustainable and healthy city. We facilitate participatory urban design processes and contribute to weaving networks of solidarity. The participants of our workshops represent diverse voices and perspectives among the community. Our actions aim to turn streets into living places and build public space for all. 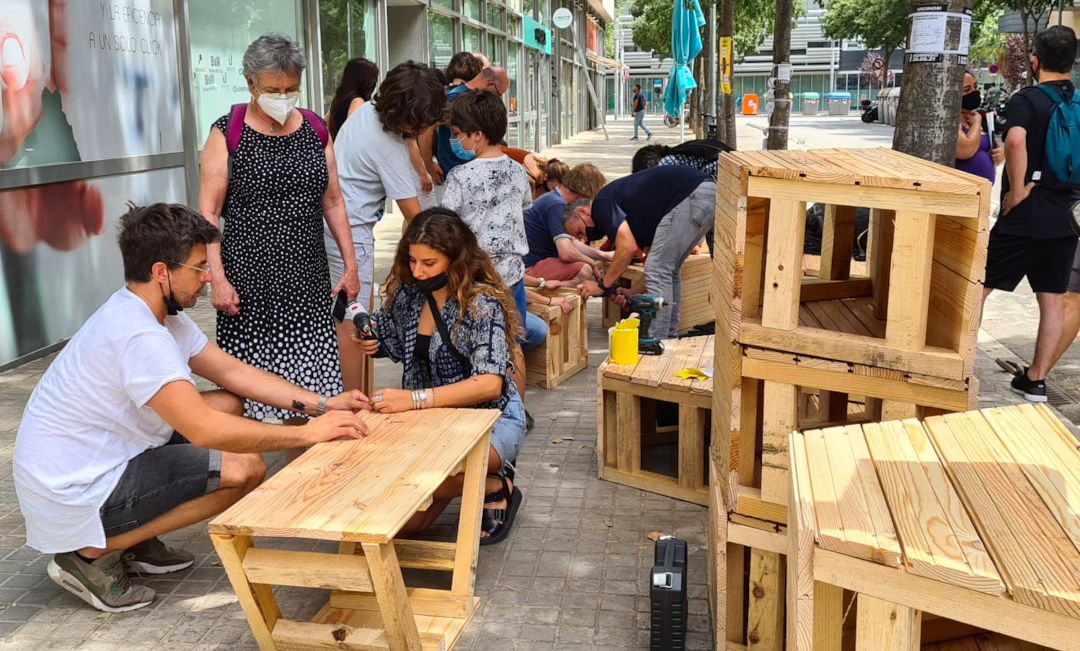 Our approach to enacting change is rooted in participatory action research. aquí recently collaborated with a secondary school to engage students from an urban diagnostic to co-creation. After identifying and prioritizing challenges, the students designed concept ideas to address these, and teamed up to propose a collective vision of their local plaza. AfterCovid.City published a blog article about this project.

aquí has developed an award-winning methodology for participatory design of public space, involving citizens throughout the process. Genuine community engagement generates collective agency: people are given the tools to challenge their reality and reimagine their environment. Social innovation activities have included crowdsourcing citizen’s ideas to fight air pollution, or facilitating a bike-lane design workshop.

In conversation with Barcelona City Council and the local neighbors’ association, aquí initiated a participatory design process for c/ Sancho de Ávila, in the neighborhood of Poblenou. It involved several ideation and co-creation workshops, followed by prototyping and urban acupuncture interventions. We designed and built modular urban furniture made of recycled materials together with the neighbors.

Feel free to reach out by email; follow us on social media @aqui.bcn
... or come say hi in person at c/ Cobalt, 38, 08907 L'Hospitalet de Llobregat, Barcelona
aqui bcn is a not-for-profit association registered in Spain